Sign up to receive a weekly text reminder about deals and freebies so you never miss out on something great!

If you are wanting to spice up those U-KNOW review games, this game of U-KNOW ‘War’ may be exactly the thing to keep your students engaged!

What is your favorite card game?

Many of us have that one memory of playing a card game with grandparents or sitting up late playing a game of cards with friends, or maybe even watching our parents play cards with their friends at their weekly card party.

There is just something a little special about a deck of cards and some free time.

Did you know that a deck of U-KNOW cards can be used just like playing cards?

Each U-KNOW deck comes with 4 different colors or ‘suits’, with cards representing the numbers 1-9. Then each color has 3 additional task cards (Draw 2, Reverse, and Skip). This means that there are 12 cards in each ‘suit’. I know that isn’t quite a full deck, but it is close enough to allow us to play a lot of games with these cards that we wouldn’t otherwise be able to play.

…and it certainly makes it possible to play a little game of War!

To get this game going in your classroom, we strongly suggest starting with regular cards. Teach students the concept of ‘War’ (the popular card game) with the regular cards first.

Explain to them that each card has a place in the hierarchy of the cards. In this particular game, Aces are the highest value card, followed by Kings, Queens, Jacks, and so on.

Then students pair up, and each student gets ½ a deck of cards, which they can shuffle up and place in a single stack in front of them.

At the same time, each person flips over the top card off their pile. Whoever has the card of the highest value gets to keep both cards. Once the students have used all the cards in their initial pile, they can then pick up the cards they have collected, shuffle them, and continue playing.

The game continues until one person has all the cards.

Once students have played the regular card game a few times, it’s time to introduce the U-KNOW variation.

To start, put the regular cards away and get out just the red, yellow, blue, and green cards from one of your U-KNOW decks.

Explain to students how the hierarchy of these cards will work.

The hierarchy of these cards is as follows …(from lowest value to highest)1-9, Reverse, Skip, Draw 2. If you want to throw 4 Wilds in to mix things up and act as Kings, you definitely can, but without the wilds, the Draw 2 cards will be the highest value cards.

We also suggest setting up a hierarchy of colors so that one card wins every round. The color hierarchy can be any variation, but you’ll want to keep it consistent every time you play.

Example: If the red cards have a higher value than the blue cards, then if a Red 2 and a Blue 2 are both flipped over, the Red 2 would win, but the color of the cards is only used in the case of a tie. So if the blue card had been a 3 instead of a 2, the blue card would have won.

Next, have students play through the game just as they are playing War (as described above), but instead, they’ll use the U-KNOW cards. At this point, they are not paying attention to the questions or tasks on the cards, they are only playing the game to understand which card will win in each scenario.

Once students have played a regular game of War with the U-KNOW cards, it’s time to play the game with the questions.

One way you can play this game is to have the students play a normal game of War, but before they can ‘win’ a round, they have to correctly answer the question on their winning card and the card they are taking from their partner.

To set this game up, split the students into groups of 3.

Two students will have ½ of a U-KNOW deck each, and the third student will be given the answer sheet to act as a judge. [NOTE: The judge role is a great way to differentiate for students. A student who is struggling with the concept could be a great judge as they are getting access to many questions and answers throughout the gameplay, but they aren’t put on the spot at any point during the game.]

The game will play just like the game of War that we practiced earlier. Each student will lay a card. The one with the highest-value card wins the round and collects the cards…but in U-KNOW War, they just get the first attempt at winning the round.

These rules will result in three possible outcomes…

Once all of the cards have been played once, the students will count up the number of points they were able to collect (#1-9 are equal to face value and all other cards are worth 10 points). The person with the highest number wins. They will then review the questions and answers to all the cards that were removed during the game.

This variation is more of a full-class activity, where the first variation is played in pairs (with another student checking answers).

First, designate a handful of students to act as judges in the game. Then deal out 3 or more U-Know cards to the other students in the class.

On the board or on a poster board that you can reuse with this activity, write out the hierarchy for the U-Know cards.

Once students understand the hierarchy of the cards, they will pair up, and each pair will stand in front of one of the class judges. Each student will select one of their three cards. The goal is to both get the answer to the question right but also pick a question with a point value high enough (in the right color) to beat the other person’s pick (but they don’t know what the other person’s pick is yet.)

Once both students in the pair have chosen their card, they will pass it to the judge, who will ask each student the question they chose.

The student will answer the question, then the judge will check the answer against the answer sheet to make sure it is right.

If the student answers correctly, they will be able to play the card. If both students get their questions correct and are allowed to play their cards, then the card with the highest point value will win. If the point values match, then the color of the card will determine which card wins, following the hierarchy outlined above.

The students who win each round will collect both their card and the card of the opponent they beat. Then they will pair up with someone else and repeat the process.

The students who collect the most cards at the end are that day’s winners.

We have tens of U-KNOW decks covering all sorts of upper elementary skills, so if you are a lover of the U-KNOW decks and want to find even more ways to use and re-use them in the classroom, then these War games are sure to be great options as you continue to practice and review skills with students. These games also ask students to use some problem-solving skills and strategies (especially in variation #2).

What other variations of War can you come up with? We’d love to hear your ideas!

For even more ways to reuse and repurpose those U-KNOW decks, check out this post! 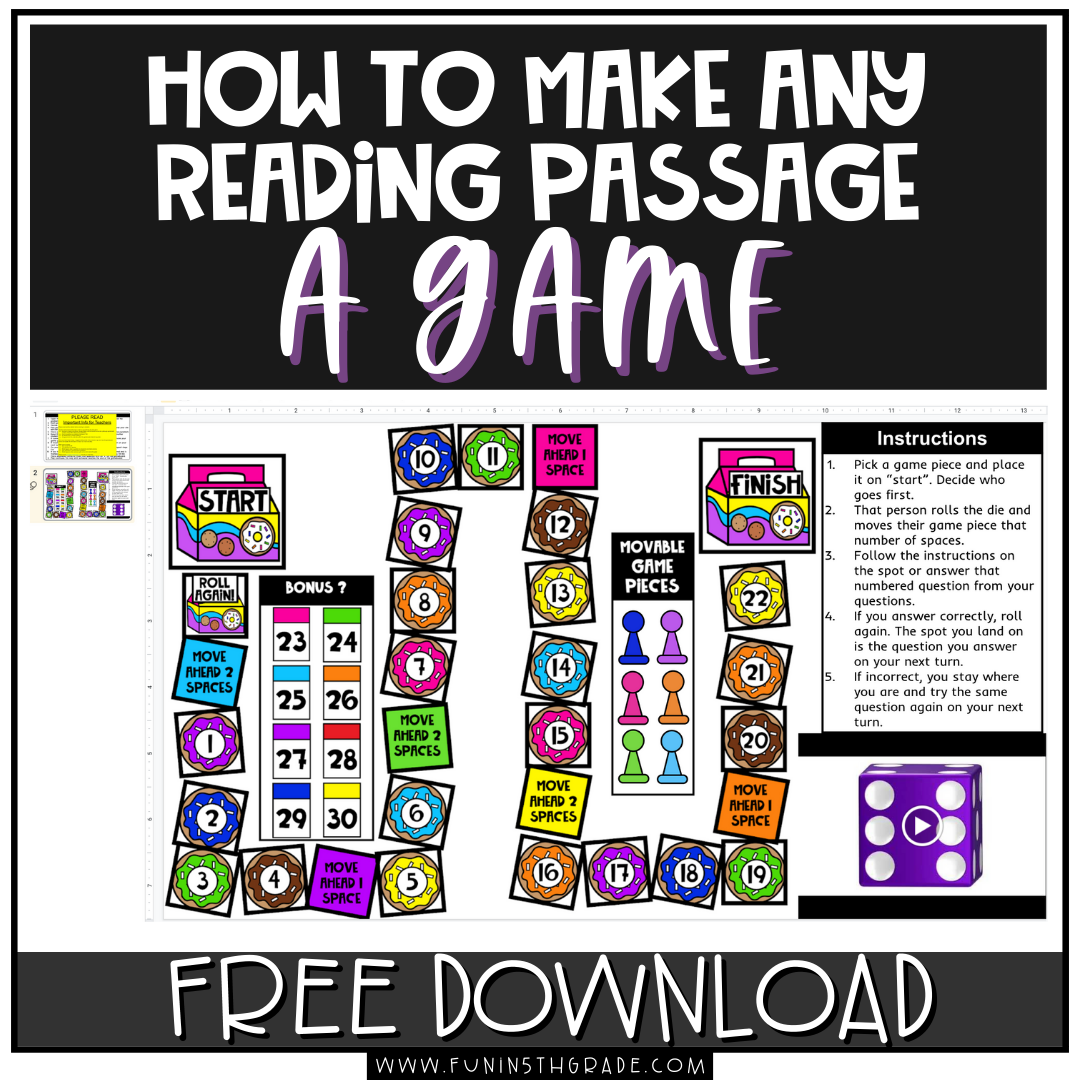 How to Make any Reading Passage into a Game

If you are looking for more ways to engage your students during reading time, you’ll want to learn how to make any reading passage into 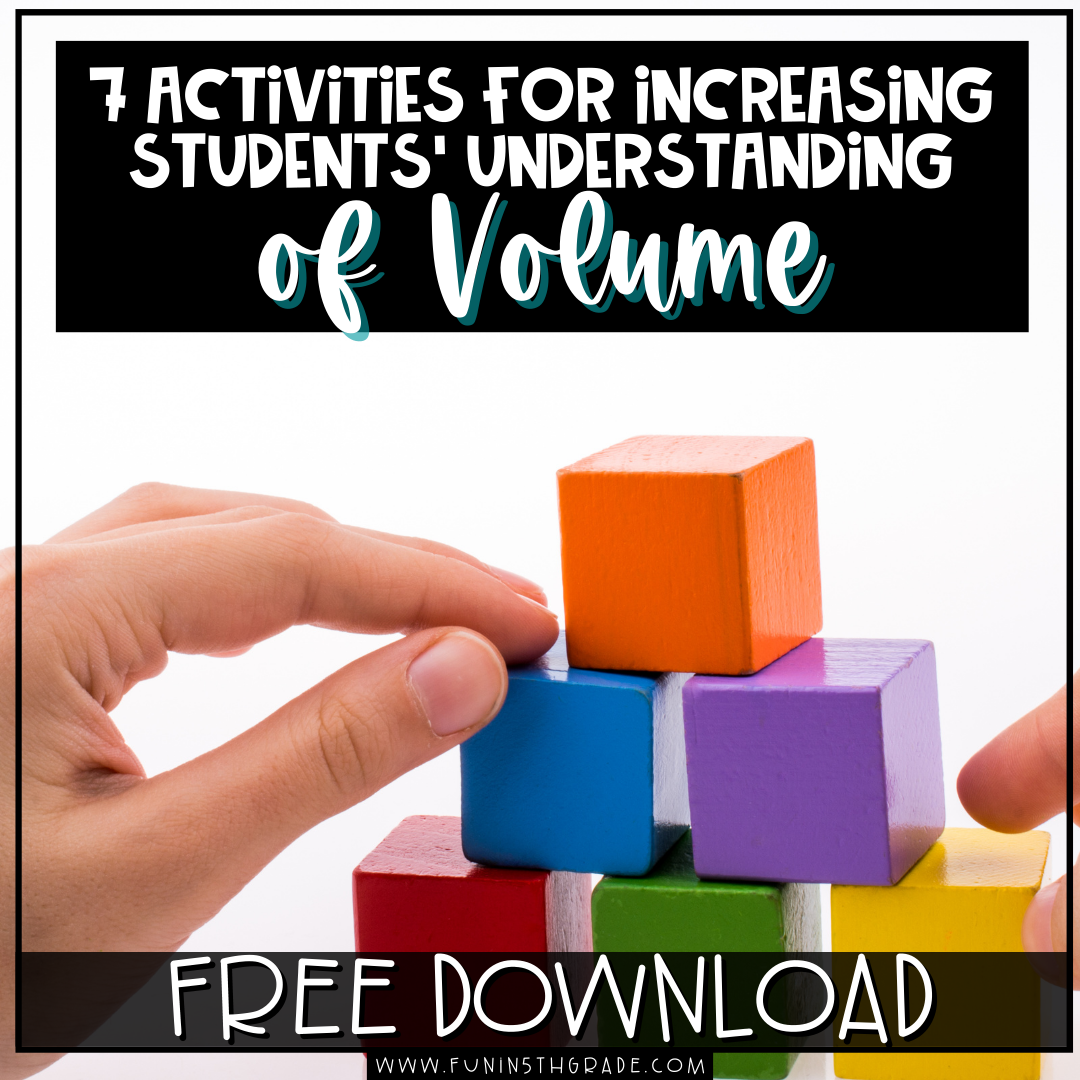 Get students interacting with their learning with these 7 activities for increasing students’ understanding of volume! One of the best things about teaching volume is 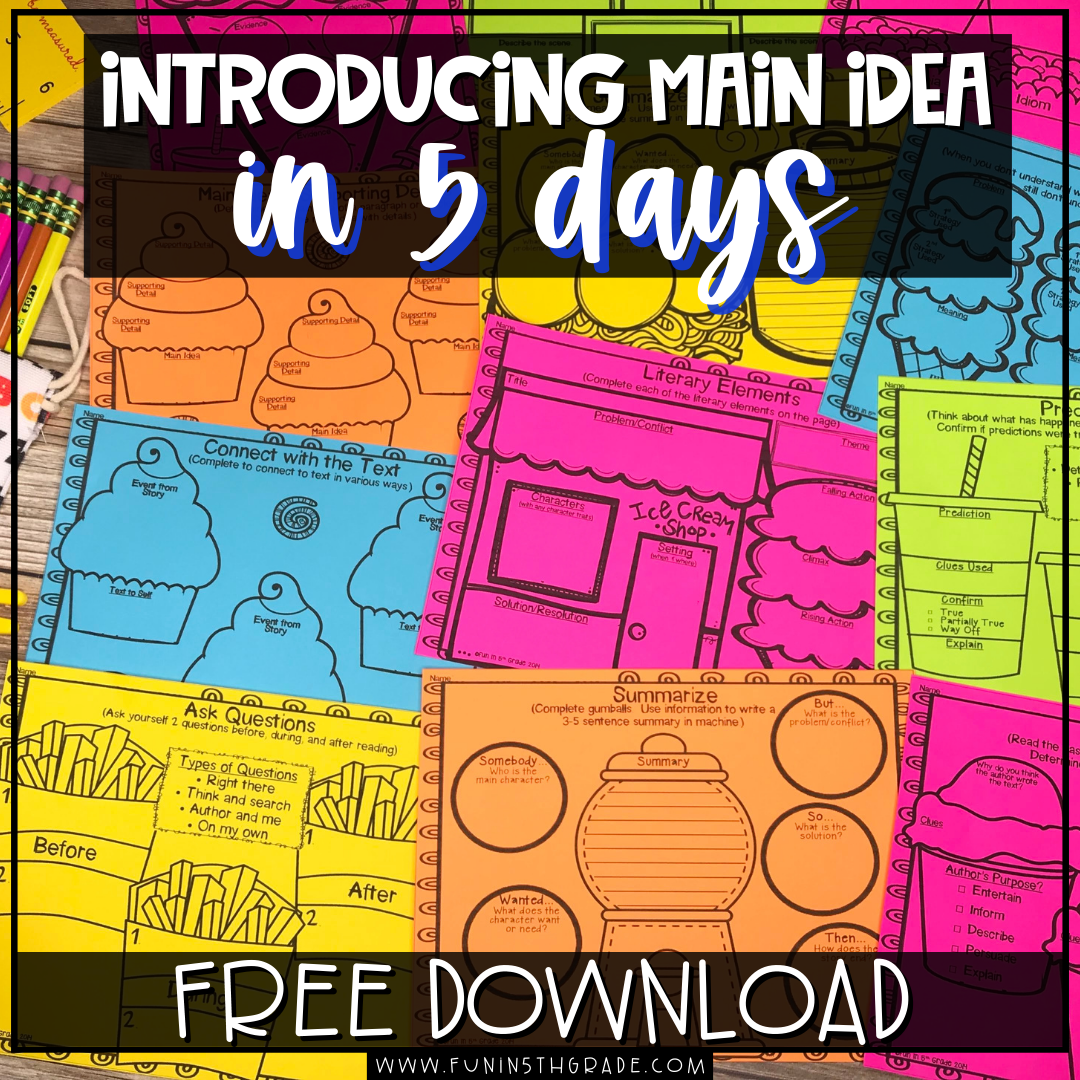 Introducing main idea in 5 days is easy when you follow this simple implementation plan! Have you ever tried to put together a puzzle without